Australia is one of the prominent locations for international students as well as for individuals looking to settle down. Australia has two places, namely Melbourne and Sydney, in the top 3 of the Economist Intelligence Unit’s global liveability index. Melbourne is ranked second in The Economist Intelligence Unit’s 2019 Global Liveability Index, missing out on the top spot by just 0.7%, a place which Melbourne held for eight consecutive years. The title itself primarily comes down to personal preferences, with multiple sources selecting different locations. However, the stable society with low crime rates, excellent healthcare system, access to quality education, higher employability rate and world-class infrastructures make Melbourne a magnificent city to live and work in. My name is Sumin, and I came to Australia as an international student. I have thoroughly enjoyed my stay in Melbourne and here are some of my reasons to “Why Melbourne? “

Melbourne is the capital of the State of Victoria and is known for its cultural diversity. It is home to more than five million people with varied cultures belonging to different parts of the world. The official language spoken in Melbourne is English, but more than 100 languages are spoken here (Australian Bureau of Statistics). Melbourne’s cultural diversity becomes evident with so many cultural celebrations throughout the year. The Moomba Festival, the Momo Festival, the Indian Festival, Melbourne Italian Festa, Chinese New Year and the Melbourne Fringe Festival, are just some of the options on offer. However, there is so much going on each day in Melbourne that you have to learn to choose. Be sure to check out Eventbrite for details regarding each event happening around you.

Melbourne is one of the most cosmopolitan and multicultural cities in the world (Global Destination Sustainability Index). It is known for its arts, food and wine, diverse sporting and leisure opportunities as well as for shopping. Melbourne has a lively city in the centre with an abundance of parks and gardens, age-old trees, and lawns to enhance physical wellbeing. You can wander the tree-lined pathways through the Treasury and Fitzroy Gardens, the sculptured terraces of Birrarung Marr, or the famous Royal Botanic Gardens.

Melbourne has embraced street art evident by the cobblestone laneways plastered with graffiti and stencil art. The winding alleyways are magical, which will probably make you feel as though you’ve stepped into a comic book. The vibrant laneway with ever-changing street art murals is packed with busy shopping arcades, wandering performers, live music and some hidden bars, cafes and boutiques. If you happen to walk into one of such bars, it will take you a trip down memory lane with old school games and arcade games. The famous ACDC lane has embraced the graffiti culture and is host to the Cherry Bar which claims to be the nation’s rock ‘n’ roll capital. If you are the lover of art, then take a walk down the Hosier Lane, Duckboard Lane, ACDC Lane and Tattersalls Lane. I would also recommend walking down the Southbank Promenade, which is vibrant during the summer. It is a crime to forget your camera during your visits.

Melbourne has all four kinds of weather, and if you are lucky enough, you could experience all of them in just a day. People often mock Melbourne for being the only place where you need to carry your sunglasses, shorts, a jacket and an umbrella at the same time. 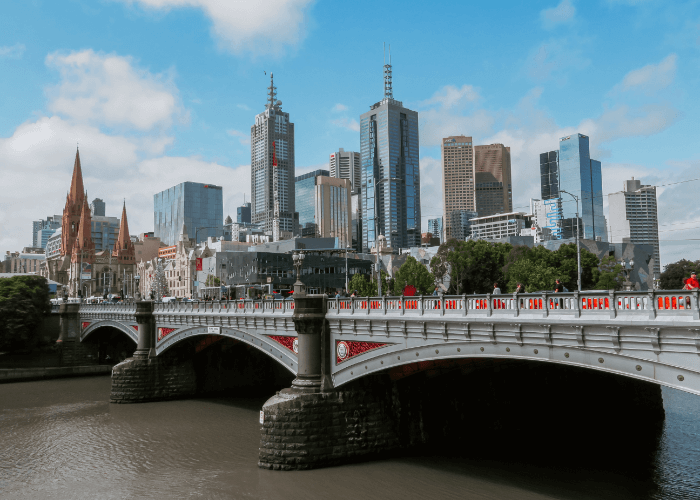 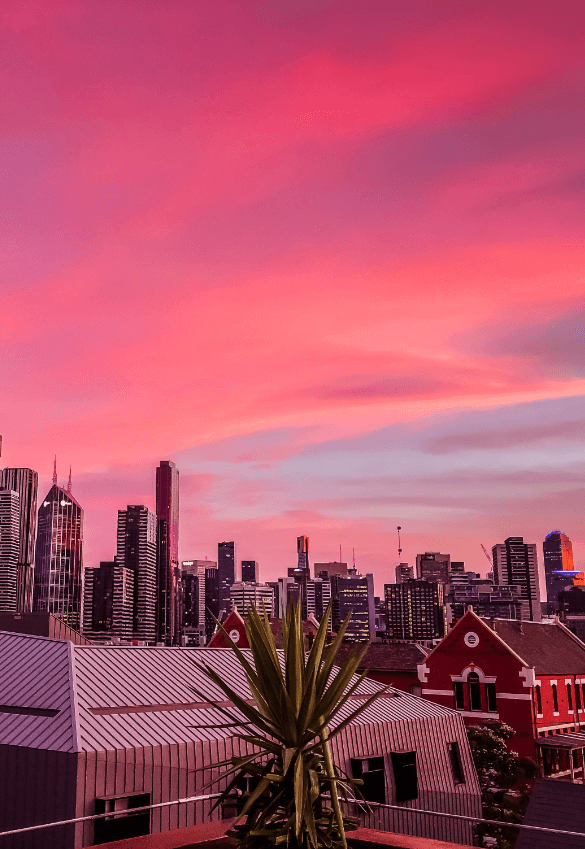 There are three options available: campus accommodation, student accommodation and share-house accommodation. Campus Accommodation is the most expensive option with the average cost of living on campus at a university in the Melbourne area ranging between $665 – $825 per week. Living on campus means you save on travel time, utilities and food costs. However, you will still need to budget for eating out, health costs, your phone bill and entertainment. Commercial Student Accommodation such as Scape, Iglu, UniLodge, Urbanest, Journal, The Student Housing Company and Atira are great options if you want to stay with other students somewhere near to the university. The cost will vary depending on the company and your room choice; however, it is essential to remember this only includes your rent and utilities. Food, entertainment, eating out, phone and health costs will all need to be factored in. The average price of accommodation ranges between $275 – $325 per week. The Share-house Accommodation is the cheapest option when you move to Australia; however, your individual preference will determine the price. On average you can expect to pay between $175 – $400 per week, which may or may not include utilities. You can check out Facebook Market Place or Facebook Community Pages that have posts from potential flatmates looking to share their house with you.

If you are unsure of any of the options, you can look at temporary short-term options like hostels, backpacker hotels or lower rate hotels that will bite off $242-$560 per week. However, being sure of your accommodation choice before you commit is PRICELESS as moving places will incur you further cost. There are removal services available to help you with the process, though.

Trams, trains and cars are popular transport choices in Melbourne. Myki is Melbourne’s version of a mass transit pass and with the expense of about $9.00 per day you can travel pretty much everywhere the trains and trams can take you. Trains run from Flinders Street Station in the city to outer suburbs. There are five stations in the central business district: Southern Cross Station, Flagstaff, Melbourne Central, Parliament and Flinders Street. Southern Cross Station is Melbourne’s hub for regional and interstate trains. Melbourne’s airport is also easily accessible and close to the city centre with just 20-35 minutes drive. Skybus operates between the city (Southern Cross Station) and Tullamarine airport (a 20 minutes drive costing about $19)and leaves every 10 minutes. Trams are an iconic part of Melbourne’s identity but can be slow. The historic City Circle Tram runs along with the system’s Route 35, taking passengers to major attractions, shops, and city events for free.

Owning a car in Melbourne is not a great deal, and with one stable job, having your vehicle can be more convenient than you think. You can drive with your International Driver’s License for about six months before getting the Victorian License. Having your vehicle would also mean new job prospects like Uber, Didi, Ola and UberEats. The infamous ‘hook-turn’ (Melbourne is the only city in the world boasting this manoeuvre) involves performing a right-hand turn from the left-hand lane to ensure intersections are free of cars for the use of trams. Parking can turn out to be an arduous task with confusing instructions. It is advisable to find another spot with clear instructions as incorrect parking may incur hefty fines. 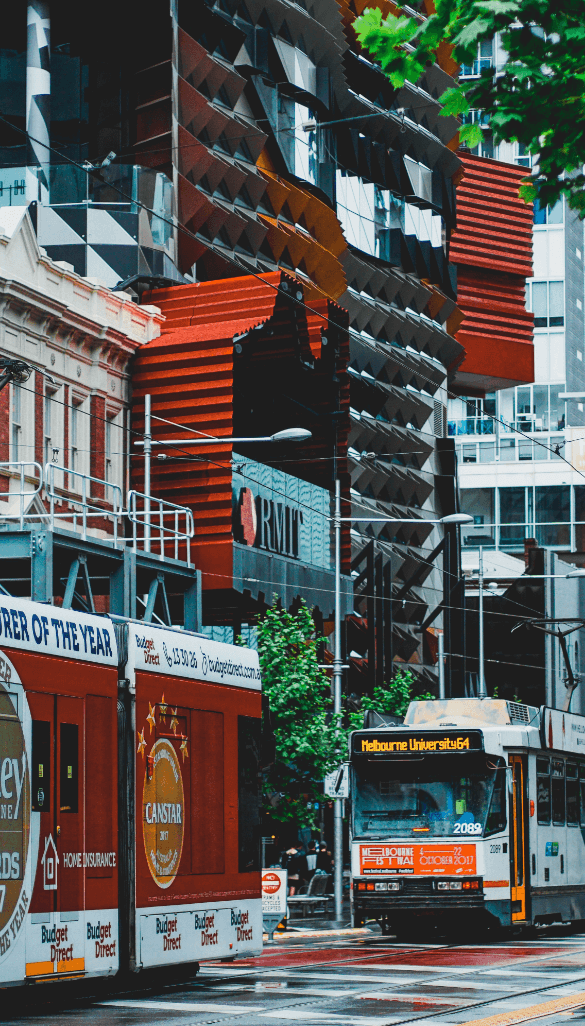 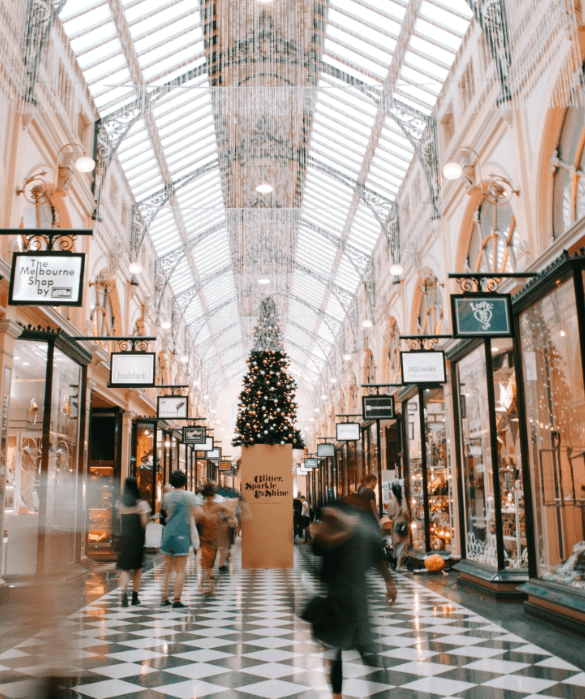 The Australian economy is dominated by the services sector with recent growth recorded in construction, healthcare, education, engineering, mining and energy industries. Currently, the country is experiencing a skills shortage in finance, construction, education, engineering and healthcare. If you are migrating for work, then these are the fields that you can potentially look into. If you are a backpacker or a student, then work is relatively easy to find in Melbourne. The major employment providers in Melbourne for international students are the hospitality and the retail industry. The hospitality industry is social and flexible and a great place to practice and work on your English skills through interaction with customers and colleagues. The significant positions in this industry include wait-staffs, kitchenhands, chefs, bartenders and food delivery persons. The retail work is another prominent option for students looking to fit in work schedule with their university timetable. If you are comfortable around children, then Nannying part-time can be a great casual job. However, various positions may require specialised training to be acquired before the commencement of employment. But, don’t stress as these training can be completed in a day or two. The demand for workforce rises during the summer period and falls during the winter period. So, try making your travel arrangements before the summer kicks in to be in the best position to land a job. Note: Lack of reference can make finding a job a tricky affair in Australia.

Melbourne is a culinary hotspot offering a variety of cuisines from around the world. You can find everything from traditional fish and chips joints to big-name chefs. Melbourne also has a thriving bar and coffee scene; the bars and cafes can be found upstairs, downstairs, in the basements, around corners and sometimes even hidden. An average cup of coffee in Melbourne is $4 per cup while a glass of wine, beer or cider ranges between $10-$12 each, with spirits and cocktails being more expensive costing around $12-$25. Budgeting can get tricky with fantastic food on offer and delivered to your doorsteps through UberEats and MenuLog. Buying your groceries and meal prepping is the most cost-efficient method. The average prices of meals in Melbourne can amount to: 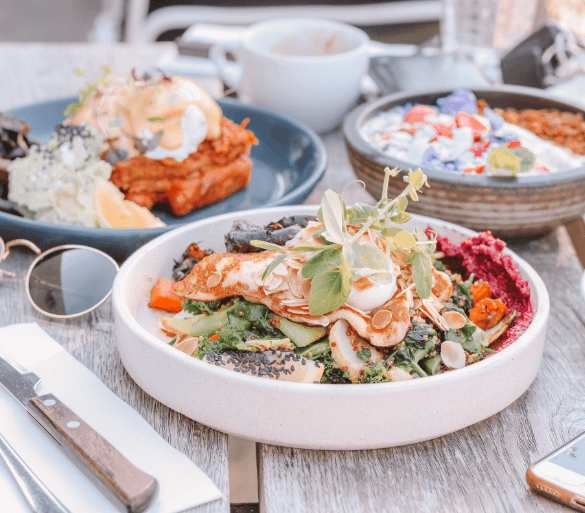 Education is one of many reasons Melbourne is consistently rated as one of the world’s most liveable cities. Melbourne boasts of some of the best schools and universities in the world and is ranked the world’s 3rd Best University-City. Melbourne University and Monash University are among the world’s top 100 universities. International students are protected by the Tuition Protection Service (TPS) under Australian Government legislation, and educational institutions are required to abide by the ESOS Act ensuring access to quality education and financial securities.

Overseas student health cover is mandatory for student visa holders when coming to Australia. Not only is it great for peace of mind, but it also covers doctors’ appointments, hospital costs, emergency ambulance and prescription medicine. Before visiting a doctor (General Practitioner or GP) make sure that the doctors are affiliated with your health cover provider to reduce or eliminate any payment that you would normally need to make on the day of your appointment. You can do this by checking the list of affiliated health centres with your provider through their website. If you are not on a student visa, it is still highly recommended that you have health insurance coverage because health services are expensive in Australia.

Overall, I believe, Melbourne is neither too crowded nor as silent as the countryside. It is an excellent blend of either. The prospect for enhancing your career in the field of study upon completion of your studies is greater in Melbourne than other cities. I would never trade Melbourne over other cities in Australia to settle down.